A Gift to Remember

UK & Comm → Simon & Schuster
Darcy Archer works in a small bookstore in Manhattan’s Upper West Side. A bookworm since childhood, she possesses encyclopaedic literary knowledge and will go to the ends of the earth to seek out unusual and challenging customer requests. Beloved by her boss and co-workers, she tends to live her life according to the philosophy of her favourite characters in literature. A dreamer who secretly wishes for true love similar to what she reads in her beloved stories, Darcy refuses to settle for anything less than being swept off her feet by the perfect man.

One morning, when cycling to work, Darcy accidentally crashes into a sharply dressed male pedestrian out walking his dog. He is knocked unconscious and when the paramedics rush him to the hospital she realises that his dog has been left behind. Wracked with guilt over her part in the accident, she resolves to take care of the dog and reunite him with his owner once he is back on his feet. But the dog is not the only thing that’s been left behind and when Darcy discovers a small beautifully wrapped package – suspiciously shaped like a book - she becomes curious.

Guessing that he must have been on his way to deliver the gift to someone he loves, she feels even more guilty. It’s Christmas week and clearly the man’s family must be worried about him, but how can Darcy let them know what’s happened?

Given that the accident was all her fault, she resolves to try and figure out all she can about him, and make the delivery herself. With the help of his very clever dog, Darcy gradually becomes drawn into his life; one that she soon discovers is filled with books, travel, adventure and all the wonderful things she’s ever dreamt about. With her vivid imagination, it doesn’t take long before Darcy builds up a picture of this man's amazing life, and feeling an immediate kinship towards him, tries to make things right.

It might be a challenge but doesn’t she owe it to him to try?
Rights

Katie McGowan manages the translation rights for A Gift to Remember 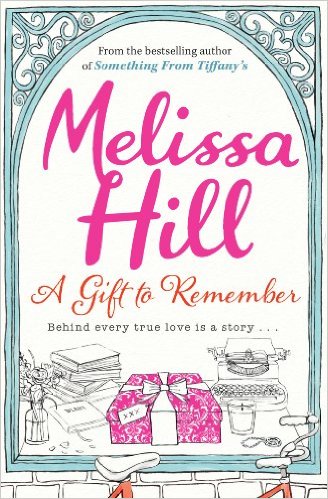