State of the Nation

State of the Nation: British Theatre since 1945 looks at post-war Britain from a theatrical perspective. It examines the constant interplay between theatre and society from the resurgent optimism of the Attlee years to the satire boom of the Sixties and the growth of political theatre under Tony Blair in the post-Iraq period. Featuring detailed evaluations of writers from J. B. Priestly and Terence Rattigan to Alan Bennett and David Hare, Billington is continuously insightful and incisive.

As Britain's longest-serving theatre critic Michael Billington is uniquely placed to offer an authoritative overview of modern British theatre, and the book offers a passionate defence of the dramatist as the medium's key creative figure. Controversial, witty and informed, State of the Nation offers a fresh and challenging look at the vast upheavals that have taken place in British society, and the theatre which documents and challenges it, in the course of sixty turbulent years.

Melissa Pimentel manages the translation rights for State of the Nation 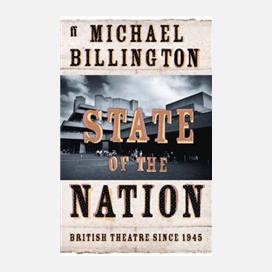