A veteran badly affected physically and mentally from his experiences during six tours in Iraq and Afghanistan returns home to take revenge.

He is looking for the Australian Jihadi who severed his hand on his last mission in Afghanistan. Armed with the current ASIO watch list, an axe and a high powered weapon he begins systematically killing those on the list, hoping to find his Australian Jihadi nemesis.

Along the way he uncovers a serious terror plot. Frustrated by their own inability to find the terror cell, the security agencies and the Prime Minister are challenged to allow the veteran to continue his rampage in the hope his unorthodox approach will prevent an even bigger attack.

The List explores the debate around the new security laws, the politics surrounding their introduction, the political motivations behind them, their impact on broader freedoms, the effect and impact on Australia’s Muslim community, and the role of the media both mainstream and the new digital platforms.

Kate Cooper manages the translation rights for The List

The audio rights are handled by Grace Heifetz. 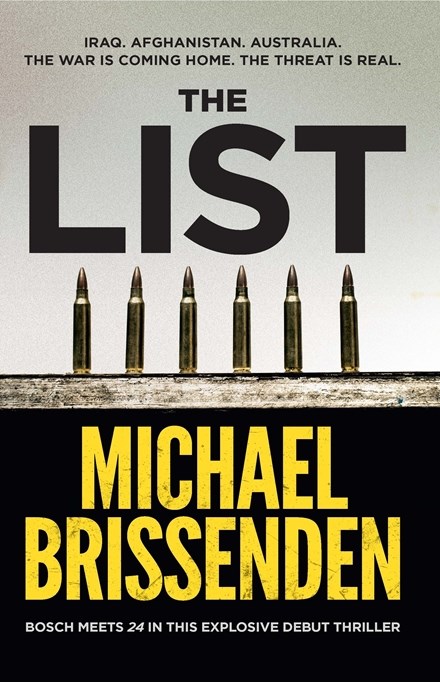