A Song of Isolation

Film star Amelie Hart is the darling of the silver screen, appearing on the front pages of every newspaper. But at the peak of her fame she throws it all away for a regular guy with an ordinary job. The gossip columns are aghast: what happened to the woman who turned heads wherever she went?

Any hope the furore will die down are crushed when Amelie’s boyfriend Dave is arrested on charges of child sexual abuse. Dave strongly asserts his innocence, and when Amelie refuses to denounce him, the press witch hunt quickly turns into physical violence, and she has to flee the country.

While Dave is locked up with the most depraved men in the country and Amelie is hiding on the continent, the young victim, Damaris, is isolated – a child trying to make sense of an adult world.

Breathtakingly brutal, dark and immensely moving, A Song of Isolation looks beneath the magpie glimmer of celebrity to uncover a sinister world dominated by greed, lies and the unfathomable destruction of innocent lives.

Kate Cooper manages the translation rights for A Song of Isolation

The audio rights are handled by Azoth Books Co., ..

Once again, I closed a Michael Malone book sad that it had ended, excited for the next one, and in admiration of his beautiful writing. 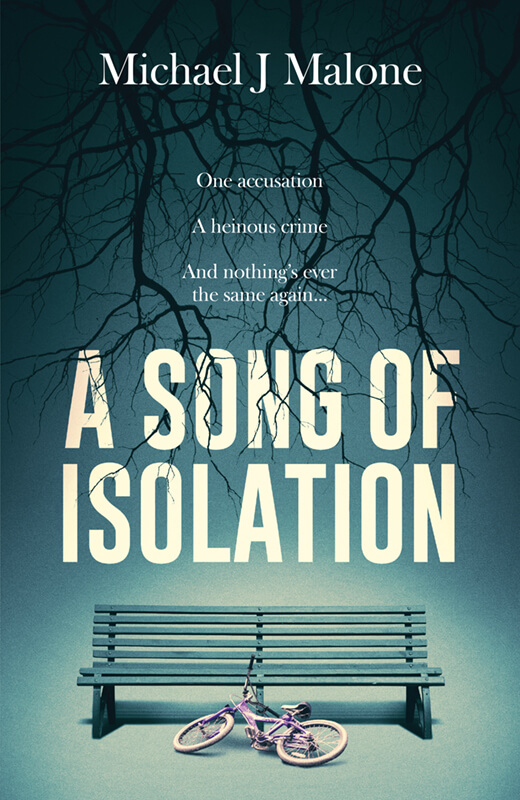