ANZ → Random House
Josh Lang went to London with investigative journalism on his mind. He wanted to be Woodward or Bernstein – preferably Woodward, if it meant he’d look like Robert Redford. But he carved out a reputation as a fixer instead, and mastered the art of spinning any client out of a crisis.

Now he’s home in Australia, trying to make it as a blogger and freelancer and wishing his article briefs weren’t so relentlessly quirky. A temporary cashflow problem sees him back as a fixer again, but this time it’s supposed to be good news. The client is a law firm, the talent is Ben Harkin and the story is the Star of Courage Ben is about to be awarded for his bravery in a siege. But it was Josh’s past with Ben that was a big part of his move to London in the first place. It’s two weeks work he could really do with. It’s too late to back out. But the closer he gets to Ben’s story, and the deeper he digs, the more the cracks start to show. Throw in a law-student stripper, a mini-golf tour of the Gold Coast and a stolen gun, and Josh’s pursuit of the truth becomes way more complicated than he’d ever expected.

The Fix shows what happens when a reluctant bender of truth meets a web of lies and his unfinished past and a girl, all at the same time – with hilarious consequences and revelations that keep coming, right to the stunning final scene.
Rights

Kate Cooper manages the translation rights for The Fix 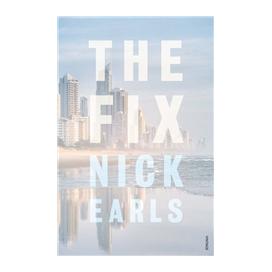