ANZ → HarperCollins
In an empty land, there's a lot of space to hide a body

Syd Fielding is on a fishing trip when he hears a horrifying scream ... What he doesn’t yet know is that a young man is being fed to a saltwater crocodile.

So begins Murder and Redemption, an absorbing crime novel which follows in the traditions of Jon Cleary and Peter Temple. Moody and atmospheric, this novel takes us across the vast expanse of Western Australia, against a canvas of red iron ore mines, green seas, bulk ore carriers, ports, brothels, drugs and gangland violence. Having survived a brutal childhood in Bindoon orphanage, a tour in Vietnam and a spiral into alcoholism, Syd Fielding is now a detective sergeant in Geraldton. But when two men from the same cargo ship are murdered, he is drawn into the murky world of drug trafficking through WA’s mining towns. His investigation takes him alarmingly close to home and he is forced to realise that even the people he loves may not be what they seem...
Rights

Kate Cooper manages the translation rights for Murder and Redemption 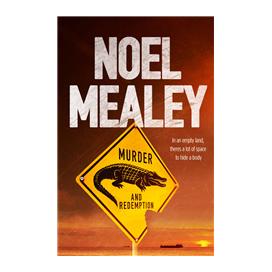