Director Jamie Harper Starring
Gilded Balloon, Edinburgh
They have a picture, a picture which could spell the destruction of civilised society, a plan so devastating it would change the world as we know it. They must put a stop to it. They have a suspect, tied to a chair, a hood covering his face. The only problem is the suspect claims the picture was drawn by his four year old son. They have the suspect's wife, but she claims her son couldn't have made the picture. 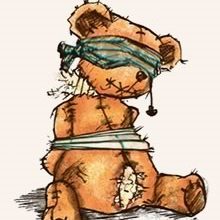