The series focused on diffident psychotherapist Peter Strong (Christopher Langham) and his therapy sessions with patients (almost all of whom were played by Paul). Swinging between the heart-wrenching and the ridiculous, Help went on to win a BAFTA for Best Comedy Series in 2006.
Media
Reviews
Some of the characters were among the best I've done. Paul Whitehouse
Daily Telegraph 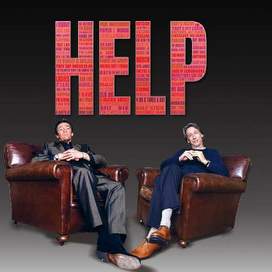