Frankie Howerd: Rather You Than Me

Part of the Curse of Comedy season on BBC4 Rather You Than Me tells the story of one of Britain's most adored comics, Frankie Howerd.

Charting his painful struggle to accept his homosexuality and vividly depicting the ups and downs of his career which saw his triumphant rediscovery in the late sixties by a new generation of comedians, Peter Harness's script offered terrific roles to David Walliams as Howerd and Rafe Spall as his long suffering partner, Dennis Heymer.

Media
Reviews
Rather You Than Me cast a strangely alluring spell 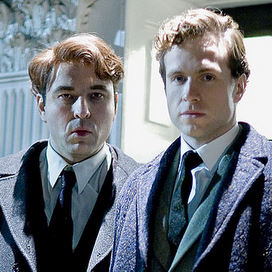