Producer David Heyman Director John Crowley Starring
Distributor Optimum Releasing Production Company Heyday Films
Peter Harness's debut feature film depicted the unlikely friendship between an octogenarian magician (Caine) and a ten year old boy (Bill Milner) who meet when the former magician becomes a resident at the boy's parents' old peoples' home.
Media
Reviews
The subtle joy of Peter Harness's script is the way it resists sentiment... But the magic is in the tiny, immaculate stitches James Christopher
The Times
Caine leads an impeccable cast in a story that is as touching as it is funny, turning the mundane minutiae of fading lives into a vibrant display Philip Wilding
Empire
'Peter Harness... finds a lovely balance between comedy and drama...Caine's mental and physical decline is touching without tipping into sentimentality Nicholas Barber
Independent on Sunday 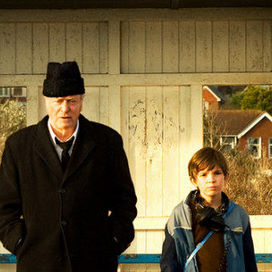