UK & Comm → Hodder and Stoughton (Ed. Hannah Black)
The good feminist’s guide to being hot. And cool. And fit (all senses). And maybe – just maybe – a little bit thinner. Or firmer (all senses). And definitely extremely well-dressed. And uncompromised. And right.

The Hot Feminist’s brave new perspective on feminism is built on the following principles:

For Polly, hotness is not merely in the eye of the beholder, it’s in the mind of whoever chooses to believe she possesses it. And its ultimate goal is not the ensnaring of men, or the diminishing of other women, but rather an assertion of your right to be, and be looked at. What’s on the inside is not the only thing that counts: we’re flesh creatures, and are therefore dealing with an inside/ outside continuum situation where existence is concerned; one informs the other, they’re on a loop, pretending anything else is just unmitigated bat shit. Caring about the way we, and other people, look, doesn’t make us superficial. It makes us human.

Besides Polly’s manifesto, the book also contemplates her own lifelong, on-going pursuit of hotness, as well as her insider perspective on the media’s manipulation of, and increasingly bizarre relationship with women – the way in which our ideas of womanliness are endlessly and constantly manipulated, not least through the weirdie-weird collective consciousness of social media.

This is an eight-chapter trip through feminism, fashion, the righteous pursuit of a sexy vibe, and what it means to be a woman when you’re on the receiving end of modern media’s hilariously/bizarrely/insanely contradictory/restrictive/reductive/ sometimes just straightforwardly revolting notions of ladyhood, delivered from the hopelessly biased, grudge-inclined, wayward, party-line-eschewing, gratuitously naughty perspective of Britain’s most provocative columnists.
Rights

Melissa Pimentel manages the translation rights for The Hot Feminist 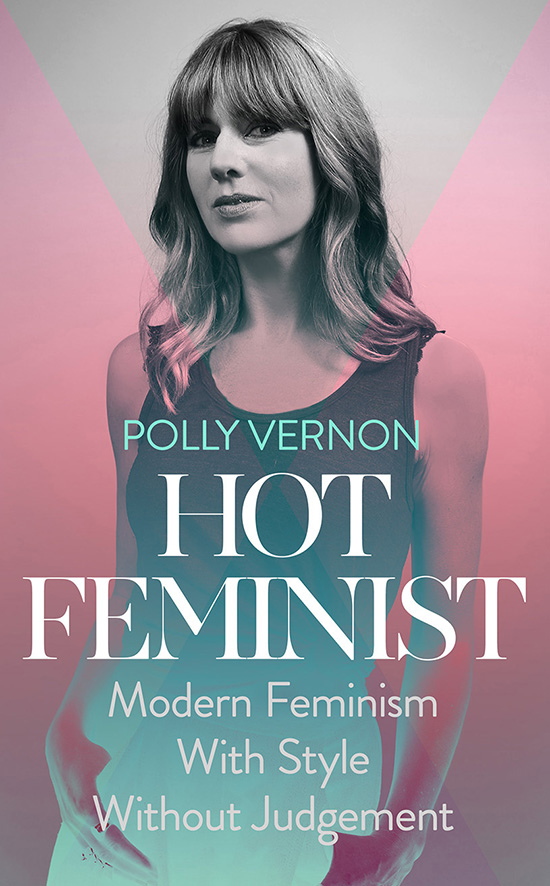