Producer Uberto Pasolini Director Declan Donnellan/Nick Ormerod Starring
Distributor Optimum Releasing Production Company Redwave Films
Bel Ami, based on the short story by Guy Maupassant, is the story of ambition, power and seduction. Georges Duroy (Robert Pattinson), travels through 1890s Paris, from cockroach ridden garrets to opulent salons, using his wits and powers of seduction to rise from poverty to wealth, from a prostitute’s embrace to passionate trysts with wealthy beauties, in a world where politics and media jostle for influence, where sex is power and celebrity an obsession.
Media 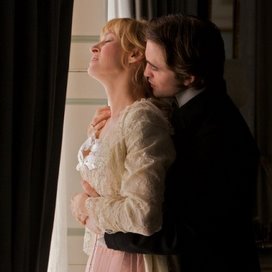