UK & Comm → Simon & Schuster
By the author of A Place of Secrets, a Richard and Judy Bookclub bestseller in 2010.

Lucy Cardwell, a photographer in her late twenties, has recently lost her troubled father, Tom. Amongst his papers she finds an intriguing letter written ten years before from a family friend, Beatrice Marlow who begged to meet him to disclose some important information. Lucy can find no evidence the letter was ever answered and wonders why. When, on holiday in Cornwall, she finds herself near her father’s childhood home, and meets the letter-writer. Beatrice, now in her late eighties, has an extraordinary story to tell.

Back in the 1930s, Beatrice, only daughter of a Hugh Marlow, a World War I veteran, and his French wife Delphine, went to share a governess with Lucy’s grandmother Angelina Wincanton, who lived in Carlyon Manor on the cliffs above the town. The Wincantons are a glamorous but unconventional family, Angelina’s father Michael being the local MP and locked in an unhappy marriage to the lovely Oenone. The four Wincanton children bear the brunt of their parents’ unhappiness, and Beatrice is much valued as a steadying influence, especially on Angelina. There comes a summer when the Wincantons are away, that Beatrice, now fifteen, falls in love with a young visitor to the town: Rafe Ashton, whom she rescues from the sea.

The storms of war are gathering and Beatrice, Rafe and the Wincantons will all be swept up in the vast cataclysm of events that follows. Moving from Cornwall, to London and France, this is a powerful tale of courage and betrayal in which friendship and true love will be tested to the utmost, and whose ramifications will reach down the generations. For as Lucy listens to Beatrice’s story, she learns a secret that will change everything.
Rights

Katie McGowan manages the translation rights for A Gathering Storm 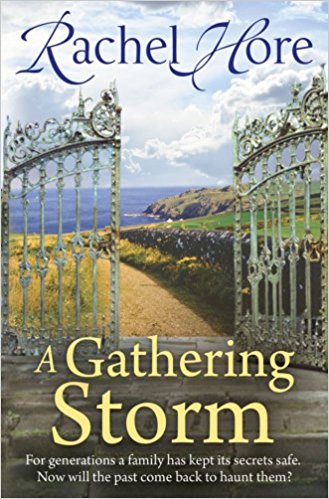