View PDF
film
Role Renbock
Director Tarsem Singh Starring
Production Company Relativity Media
When the beautiful Princess Snow White's wins the heart of the charming Prince Alcott, the Evil Queen (Julia Roberts) banishes her to the forest. Rescued by a band of diminutive highway robbers, Snow White grows into an indomitable young woman determined to take back her realm from the treacherous Queen.

Robert plays Charles Renbock, Prince Alcott’s faithful valet who also serves as confidante and companion. As timid as the Prince is courageous, Renbock is a man who prefers luxury spas to heroic escapades and gratefully accepts the Queen’s apparent hospitality – but is all as it seems?
Media 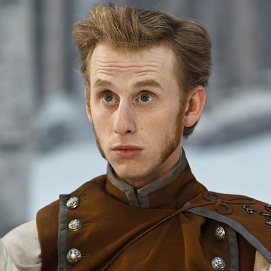