War Horse tells the story of young farm hand Albert and his horse Joey during the First World War.

Based on the hugely successful novel by Michael Morpurgo, which was also adapted by the National Theatre into their award winning stage production, Spielberg’s film sees Albert join the British Army after his beloved Joey is sold to the cavalry.

Robert plays the wealthy David Lyons, Albert’s sworn rival who fights alongside him in France.
Media 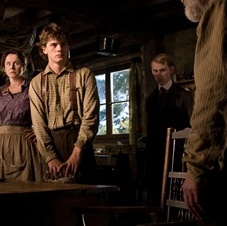