View PDF
tv
Role Caroline Tomkinson
Director Steve Hudson
Production Company BBC
Cranford is a five part BBC adaptation of three novellas by Elizabeth Gaskell (Cranford, My Lady Ludlow and Mr Harrison’s Confessions). Set in the fictional village of Cranford in the 1840s, the drama tells the story of the single and widowed female inhabitants of the village and their battle against Modernity and the changing social order. 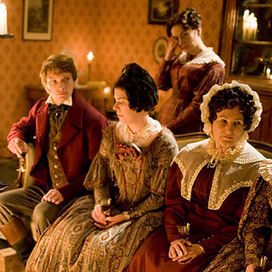