Longlisted for the William Hill Sports Book Of The Year, 2009

At last, football has its answer to Freakonomics, The Tipping Point and The Undercover Economist.

"Why do England lose?", "Why do Newcastle United always buy the wrong players?", "How could Nottingham Forest go from winning the European Cup to the depths of League One?", "Penalties - what are they good for?"

These are questions every football fan has asked. Soccernomics answers them. It brings the techniques of bestselling books such as Freakonomics and The Undercover Economist to bear on our national sport. Written with an economist's brain and a football writer's skill, it applies high-powered analytical tools to everyday football topics.

Soccernomics isn't in the first place about money. It's about looking at data in new ways. It's about revealing counterintuitive truths about football. It explains all manner of things about the game which newspapers just can't see. It all adds up to a new way of looking at football, beyond clichés about "The Magic of the FA Cup", "England's Shock Defeat" and "Newcastle's New South American Star".

No training in economics is needed to read Soccernomics. But the reader will come out of it with a better understanding not just of football, but of how economists think and what they know.

One for the thinkers
Sport Magazine
More thoughtful than most of its rivals and, by football standards, postively intellectual ... Kuper, a brilliantly contrary columnist, and Szymanski, an economics professor ... find plenty of fertile territory in their commendable determination to overturn the lazy preconceptions rife in football
The Times
Simon Kuper and Stefan Szymanski are a highly effective and scrupulously rational team, combining the former's detailed and nuanced understanding of European football with the latter's sophisticated econometric analysis. With a remarkable lightness of touch, they desmonstrate the limits of conventional thinking in football, as well as the real patterns of behaviour that shape sporting outcomes
Prospect 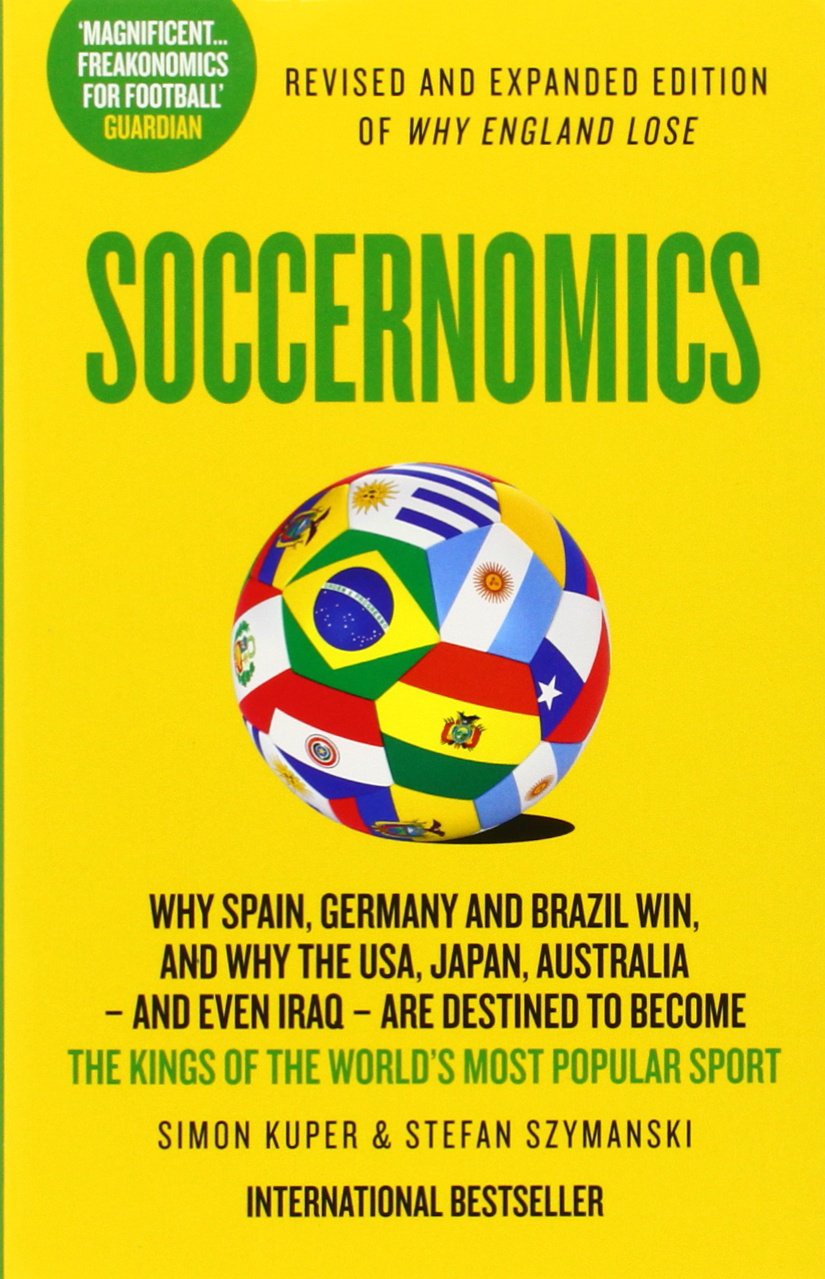