'…He was not drowning, or asking for help. He simply floated. He seemed to smile, as he floated there. And then he raised his arms – he raised them above him, pressed his palms together as if he was in prayer – and he threw those arms forwards so that his fingertips broke the water and his head and body followed in an arc. He dived into the sea, and was gone. Briefly, there was nothing. Then, in his wake, there was a tail – a huge, silver-flashing tail. It raised itself up, like a mirror. And it sank down where the black-haired man had been. The pig-farmer stood very still. He blinked, shook his head. A fish? Or a man? Neither? Or both?'


On the island of Parla, some believe in the ancient tale of the Fishman, others believe in nothing. All carry with them the mourning and sadness for what the sea has taken away. But when a man with no name is washed up on the stones of Sye, it appears the mythical figure has returned. Now the islanders must unearth the pains of the past in the hope that the Fishman will bring new fortunes.

Lyrical and redemptive, The Silver Dark Sea is a powerful new story of love, loss and the lore of the sea from Susan Fletcher, award-winning author of Eve Green and Oystercatchers. It tells how the sea gives, and how it takes away, leaving us myths which will alter the lives of a community forever.
Rights 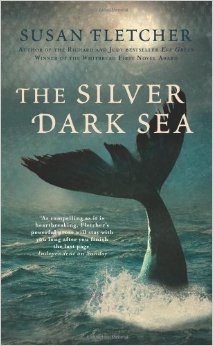