Maxi and the Magical Money Tree

ANZ → HarperCollins
Twelve-year-old Maxine Edwards is used to insects coming through the gaping floorboards in her bedroom, not notes of money. When she pulls out the first fifty-dollar note, she can't believe it.

Maxine comes from a family that overflows with love, but isn't blessed with a lot of money. Maxine's mother has two jobs and her dad teaches Philosophy.

As more and more money continues to poke through the cracks in Maxine's bedroom floor she discovers a money tree in the basement. A real life money tree sprouting ten, twenty, fifty and one hundred dollar bills from its thick, lucrative branches.

Maxine's family has just moved to a new area, so there's a new house, a new school, and Maxine's father has taken a job teaching at her school. Their new neighbourhood is affluent, but the house they rent is mysteriously super cheap.

Maxine and her sister Fleur never have the cool things the other kids at school take for granted, and they are embarrassed about their run-down house. Maxine thinks money will solve all her problems. Finally she will be rich, popular and cool! But as the money tree grows, greed also flourishes and as it becomes harder to hide the secret from her parents Maxine she realises being rich doesn't equate to happiness.

Especially not for a family whose currency is love.

Children will enjoy the humour, the twists and turns in the novel and the young characters’ style of speaking to each other.

What would you do if you found a money tree in your house? An intriguing concept explored with great humour and verve, by the author of the Roxy Ran series, Tiffiny Hall. 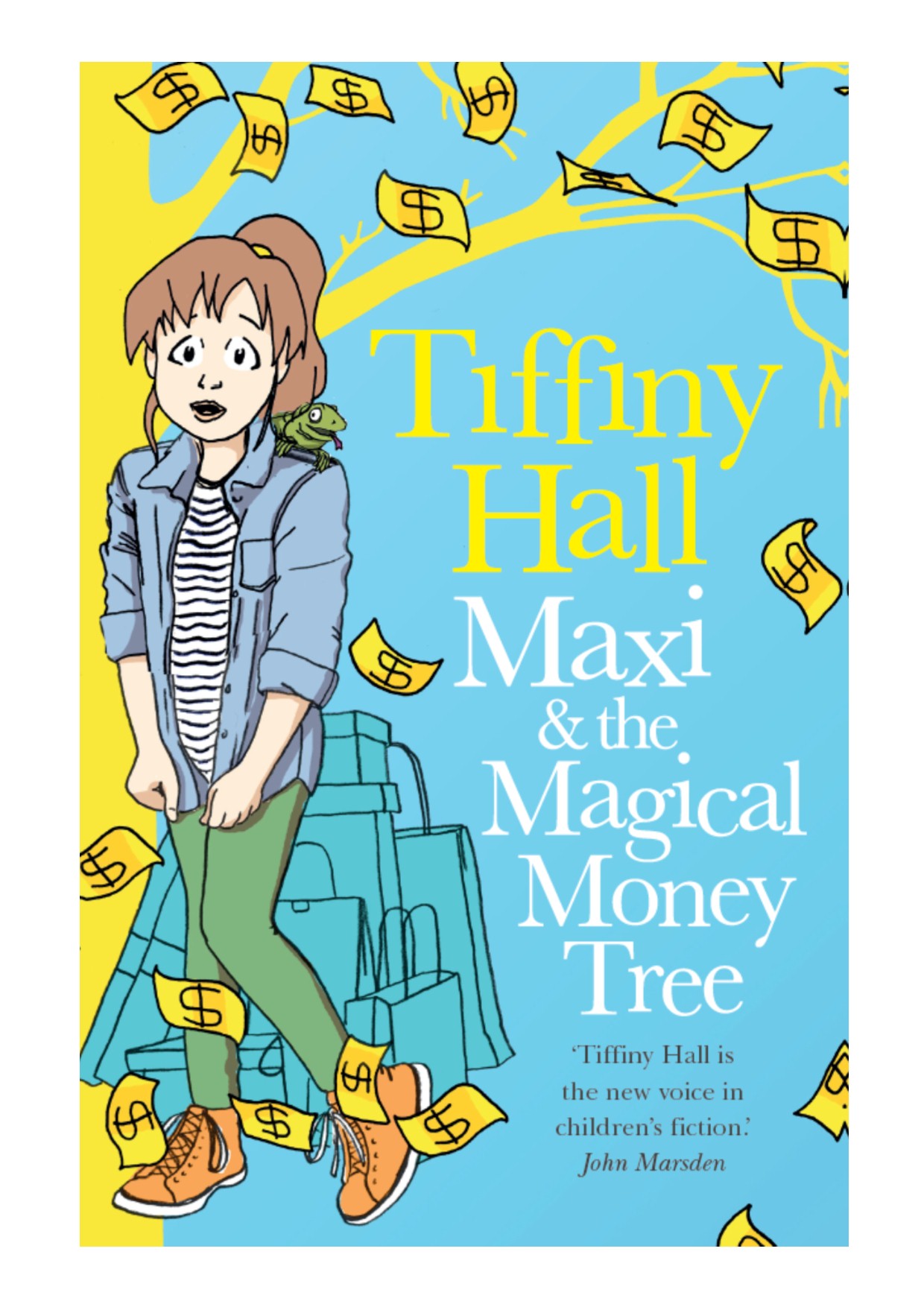