Savrola is Winston Churchill’s first major literary effort and his only full-length work of fiction. Published in 1900, the novel’s subtitle, A Tale of the Revolution in Laurania, reflects the story’s modern political focus. Laurania, a long-established republic, is subjected to the autocratic rule of President Antonio Molara, a former general who has become known as the Dictator. Savrola, the man of the multitude, leads the democratic effort to restore the political liberties of the people. When the register of eligible electors is mutilated and the popular franchise compromised, a riot breaks out and the stage is set for a fight to the death between Molara and Savrola over who will rule Laurania. General Molara enlists the assistance of his beautiful wife, Lucile, to undermine Savrola’s influence with the people. But Lucile falls in love with Savrola, who is equally moved by the beauty and charm of the First Lady. As is indicated by the last chapter’s title, “Life’s Compensations,” all ends well in Laurania. After the violent troubles of the revolution, Molara is dead, Lucile and Savrola are united, and the Mediterranean republic returns to peace and prosperity.

Savrola contains the seeds of Churchill’s exceptional talents as a statesman, a political philosopher, and a man of literature. The ambition of Savrola to rule foreshadows Churchill’s own lifelong career as the greatest democratic leader of the past century. In the novel, Churchill the thinker explores the challenges of securing democratic order and avoiding mob rule. He sketches a model of the education needed for modern statesmanship and describes the kind of rhetoric that appeals to a modern democratic people. Elements of Churchill’s literary style in the novel anticipate the greatness of his later prose works that would merit his Nobel Prize for Literature. 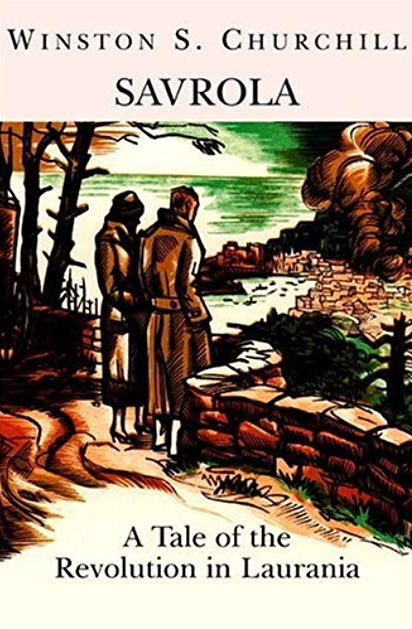