The Boer War: London to Ladysmith Via Pretoria and Ian Hamilton's March

UK & Comm → Longmans, Green & Co
UK & Comm → Pimlico
UK & Comm → Bloomsbury Publishing
On October 11th, 1899 long-simmering tensions between Britain and the Boer Republics - the Orange Free State and the Transvaal Republic - finally erupted into the conflict that would become known as the Second Boer War. Two days after the first shots were fired, a young writer by the name of Winston Churchill set out for South Africa to cover the conflict for the Morning Post. The Boer War brings together the two collections of despatches that Churchill published on the conflict. London to Ladysmith recounts the future Prime Minister's arrival in South Africa and his subsequent capture by and dramatic escape from the Boers, the adventure that first brought the name of Winston Churchill to public attention. Ian Hamilton's March collects Churchill's later despatches as he marched alongside a column of the main British army from Bloemenfontein to Pretoria. Published together, these books are a vivid eye-witness account of a landmark period in British Imperial History and an insightful chronicle of a formative experience by Britain's greatest war-time leader.
Rights

Kate Cooper manages the translation rights for The Boer War: London to Ladysmith Via Pretoria and Ian Hamilton's March 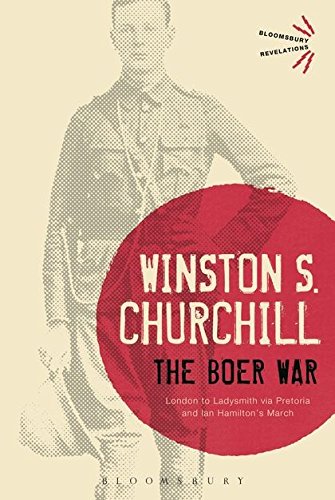