More than any other book by Winston Churchill, the wide-ranging Thoughts and Adventures allows the contemporary reader to grasp the extraordinary variety and depth of Churchill’s mature thoughts on the questions, both grave and gay, facing modern man. Churchill begins by asking what it would be like to live your life over again and ends by describing his love affair with painting. In between, he touches on subjects as diverse as spies, cartoons, submarines, elections, flying, and the future. Reading these essays—originally dictated late at night in the 1920s in his study, and by which he was able to support his family and live like a lord without inherited wealth—is like being invited to dinner at Churchill’s country seat at Chartwell, where the soup was limpid, Pol Roger Champagne flowed, the pudding had a theme, and Churchill entertained lucky visitors with vivid conversation.

Kate Cooper manages the translation rights for Thoughts and Adventures 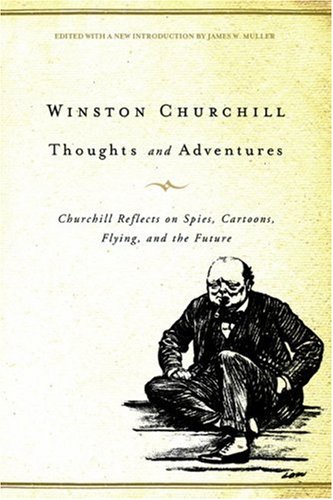