From the acclaimed author of the international best seller Einstein’s Dreams, here is a lyrical memoir of Memphis from the 1930s through the 1960s: the music and the racism, the early days of the movies, and a powerful grandfather whose ghost continues to haunt the family.

Alan Lightman’s grandfather M.A. Lightman was the family’s undisputed patriarch: it was his movie theater empire that catapulted the family to prominence in the South; his fearless success that both galvanized and paralyzed his descendants, haunting them for a half century after his death. In this lyrical and impressionistic memoir, Lightman writes about returning to Memphis in an attempt to understand the people he so eagerly left behind forty years earlier. As aging uncles and aunts begin telling family stories, Lightman rediscovers his southern roots and slowly realizes the errors in his perceptions of his grandfather and of his own father, who had been crushed by M.A. Here is a family saga set against a throbbing century of Memphis - the rhythm and blues, the barbecue and pecan pie, and the segregated society - that includes personal encounters with Elvis, Martin Luther King, Jr., and E. H. “Boss” Crump. At the heart of it all is a family haunted by the ghost of the domineering M.A., and the struggle of the author to understand his conflicted loyalties to his father and grandfather.

Media
Reviews
The cumulative effect of Lightman's memories is wrenching: Loss and illness and death wander freely in his pages, reminding us of the evanescence of youth and promise. The author shows us many small moments, igniting each with sparks of passion, memory and intelligence.
Kirkus Reviews Starred Review Full Review
Lightman’s utterly transfixing screening of soulful and funny family memories projects a quintessentially American tale.
Booklist Starred Review Full Review

The story of Alan Lightman's return to his roots in Memphis, Tenn., is both tender and frank in its depiction of the magnetic pull of family.

Sure, it’s a white man’s story and it’s a Jew’s story. But transcending both of those narratives, it’s a Southerner’s story. Everyone in Dixie’s little matrix of identity will find nothing but page after page of aching familiarity here.

Lightman's memories flicker like the light from an old movie projector he meticulously describes in one of the book's many artfully constructed scenes. Like his incomparable novel Einstein's Dreams, this memoir is, at its core, a tender meditation on the passage of time.

The power of Lightman’s work lies in his ability to ground the reader, whether he is making accessible an esoteric field or subject, or defusing the heated rhetoric around some emotionally charged topic with intellect and reason. 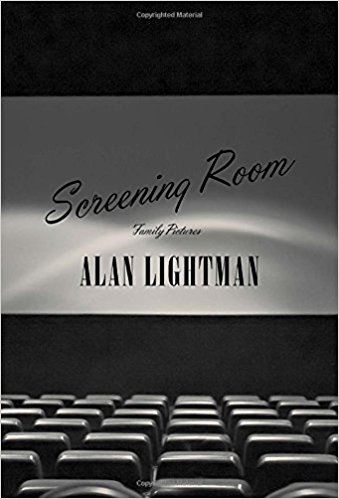