A new and terrifying enemy rears its head at last...

With the end of the Second World War in sight, the Allies begin to divide up the spoils and it proves to be a dangerous game.

The British have become aware that, contrary to prior agreements, the Soviet Union is intent on controlling Austria once the war ends. Major Edgar is tasked with the job of establishing an espionage unit in Vienna to monitor the situation.

He sends in two agents – Rolf Eder and Katharina Hoch – to track down Austria's most respected politician and bring him over to the British cause. But the feared Soviet spy Viktor Krasotkin is already in the war-torn city, embarking on exactly the same mission. 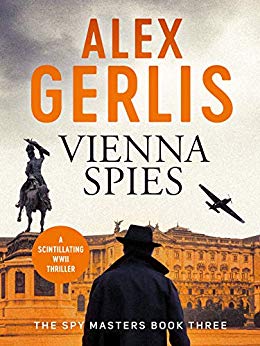