A werewolf, a vampire and a ghost must join together to try and solve a murder, whilst also dealing with the troubles of being a teenager and coming to terms with who they are.

Becoming Human is BBC3's most successful internet spin-off with over 1.5 million viewers. It was subsequently shown in its entirety on BBC3 on 20th March 2011. 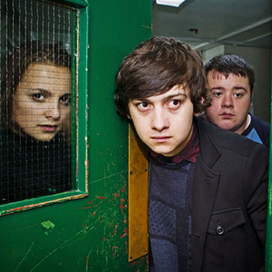