Camille Gardner is a grieving--and angry--mother who, five years after her daughter's death, is still obsessed with the privileged young man she believes to be responsible.

When her rash actions draw the attention of a secret group of women--the collective-- Camille is drawn into a dark web where these mothers share their wildly different stories of loss as well as their desire for justice in a world where privilege denies accountability and perpetrators emerge unscathed. Fueled by mutual rage, these women orchestrate their own brand of justice through precise, anonymous, complexly plotted and perfectly executed revenge killings, with individual members playing a small but significant role in each plan.

As Camille struggles to comprehend whether this is a role-playing exercise or terrifying reality, she must decide if these women are truly avenging angels or monsters. Becoming more deeply enmeshed in the group, Camille learns truths about the collective--and about herself--that she may not be able to survive.

Liz Dennis manages the translation rights for The Collective

The Collective is a meticulously plotted page-turner, ferociously animated by Euripidean levels of female rage and resolve...it is absolutely essential.

The Collective is a propulsive, emotional conspiracy thriller powered by the all-consuming fire of maternal rage. Without pretty moralizing, Gaylin shows both the destruction and visceral satisfaction that come with revenge. I am a peaceful person, but also a mother, and I read the whole book with a killer's heart.

Alison Gaylin’s The Collective is an astonishing feat. In the tradition of Ira Levin’s unforgettable social thrillers (Rosemary’s Baby, Stepford Wives), it’s a nerve-shredding, emotionally harrowing ride that also speaks volumes about our current moment, the dangers of our digital world, the potency of female rage. Don’t miss it.

Megan Abbot, author of Dare Me

Alison Gaylin’s The Collective is your next addiction: A diabolically clever thriller filled with spine-tingling twists,
it’s also a psychologically rich exploration of vengeance and justice. I can’t stop thinking about this book.

Feels like the book of the moment, the year. Clever, compassionate and all too believable.

Laura Lippman, author of Lady in the Lake

Brutal, raw, and beautifully wrought The Collective is psychological suspense of the first order. A mother’s grief ignites into rage, leading her down a dark, twisting, dangerous road to a certain brand of justice. Alison Gaylin doesn’t pull a single punch in this layered, engrossing, and nerve shattering thriller where wrong is right and revenge is a dish served white hot.

Escalating stakes and a tight, twisty plot fuel this timely domestic thriller, which unfolds through a visceral first-person-present narration. Camille’s pain and fury are so palpable they’re contagious […] Gaylin delivers a thought-provoking page-turner that grips and gratifies. An all-too-plausible tale of Highsmith-ian vengeance.

[A] gripping psychological thriller from Edgar winner Gaylin… A breathtaking twist will catch readers by surprise. This tale of justice without mercy is a page-turner. 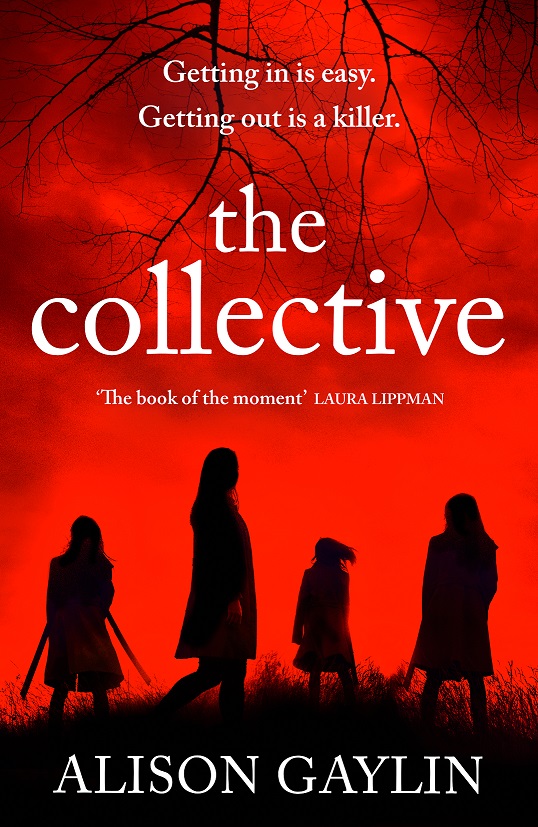