A Night with Annie Nightingale

The night kicked off with a two-hour documentary presented by Zane Lowe, providing an intimate portrait of Annie as it charted her career, musical passions and proclivity for spotting and championing new trends.

This was followed by a three-hour tribute concert from Maida Vale studios, featuring an eclectic line-up of artists personally selected by Annie, and The Decade Mixes: a two-hour long soundtrack featuring the best music Annie has played over the last 40 years. The night ended on a high with the best of the guest mixes to mark the 40th anniversary of Radio 1’s first lady.
Media
Reviews
She has prodigious energy and enthusiasm for music-making that grows stronger over the decades – truly open minded and never puts herself as DJ above the music or the artists – she is an inspiration to many of our DJs and a much-loved member of our BBC family. Andy Parfitt
Controller, Radio 1
I'm always looking forward, planning the next show, the next guest mix, the next festival broadcast. So this night will be a chance to celebrate some awesome milestones and the truly amazing musical soundtrack of my life at Radio 1. Annie Nightingale

If you're a young person, make your life exciting now. Make this decade the thing that you're excited about. Come on! Use it now! Don't look back. I don't look back. Annie Nightingale
Radio Times 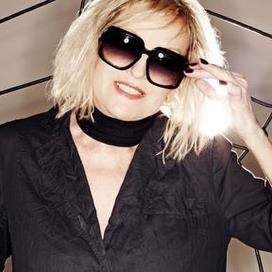