Annie Nightingale: Bird on the Wireless

Producer Simon Brook Director Simon Brook Starring
Production Company BBC Television
Broadcaster BBC4
In the 40 years that Annie Nightingale has presided as ‘Queen on Breaks’ on BBC Radio 1, she has encountered and championed some of the most recognised and underground artists of each musical era. From Annie’s early influences at the beginning of her career in the music industry, to the emergent new artists coming under her radar today, Annie Nightingale: Bird on the Wireless explores the music and musicians that she has promoted over the decades.

Annie’s quest to draw attention to new music began with punk, then new wave, acid house and dubstep, and still places her at the cutting edge of new music. In this documentary ‘the doyenne of Radio 1’ takes us on a journey through the events, people, sounds and pop-cultural shifts that have inspired her. With personal anecdotes and interviews with some of the many artists Annie has worked with and admired, including Sir Paul McCartney and Mick Jones of the Clash, Bird on the Wireless is less of a retrospective, more of an affirmation of the powerful influence Annie still exerts in the industry.
Media
Reviews
You're never looking back, you're always looking forward, you haven't got time to look back. Annie Nightingale

It's so brilliant, that for a 69-year-old it's not all about the past, but about what's going on right now. Sam Wollaston
Guardian 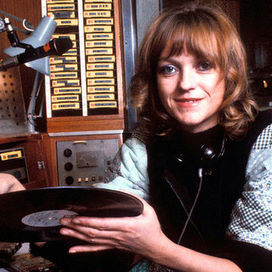