Playing listener requests from new records to nostalgic hits, Annie’s Sunday Request Show was arguably her most famous show at the time. The format of the show allowed for a more interactive radio experience as listeners were able to send in their requests - often in the most inventive ways (Annie once received a hand painted brick in the post!).

Originally broadcast on Sunday afternoons, the show moved to the slot after the UK Top 40 chart in 1982. Initially commissioned to fill a three month slot, such was the popularity of Annie and the show that it was extended for a further 12 years!
Media
Reviews
Here was a chance for a real interactive show, where we put the show together, YOU and ME. Annie Nightingale
BBC 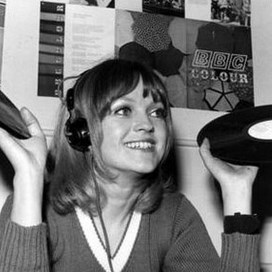