First broadcast in 1997, The Annie Nightingale Show on Radio One delivers breaks, beats and mixes from the original female DJ. The multi-award winning show draws in legions of listeners as Annie continues to deliver the most up-to-date and innovative music discoveries to the masses.

Annie has taken the show beyond the studio to cover some of the industry’s leading festivals, even establishing her own tour in 2008, presenting in major British cities with upcoming acts The Plump DJs, Krafty Kuts, Adam Freeland, Alex Metric, Adsorb, Ils, Far Too Loud, J Mekka, and many more.

In February 2008 the show scooped three wins in a row for Best Radio Show at the International Breakspoll Awards in London. In December of that year Annie was the first woman ever to win the PRS/John Peel Award for Outstanding Contribution to Music Radio from the Radio Academy.

Media
Reviews
She has opened the door for the likes of Jo Whiley, Edith Bowman, Annie Mac and Fearne Cotton. And she has as much energy and enthusiasm for new music as any one of them. Ian Burrell
Independent
At an age when other DJs have been put out to pasture, Radio 1's Annie Nightingale is still discovering new talent and partying till dawn. Nigel Farndale
Daily Telegraph
Radio 1's first lady.
The Independent 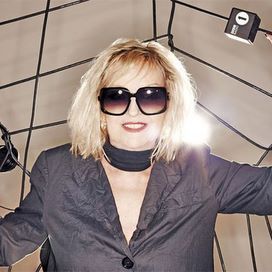