The Word is Murder

The first in a brilliant new crime series from one of Britain’s greatest living storytellers.

Anthony Horowitz is out of work.

Foyles War has finished, his latest novel won’t be published for another nine months, and the film script he’s been working on has just been rejected by Steven Spielberg. So when Daniel Hawthorne, a former detective inspector for the Met who consulted on a television series Anthony wrote for ITV, asks if he’s interested in writing a book about the case he’s working on, Anthony accepts, though he doesn’t like Hawthorne much, and had no particular interest in working with him again.

As details of the case unfold, Anthony begins to see that he’s accepted a greater challenge than he’d originally presumed. He is meant to be Watson to Hawthorne’s Holmes. So why does he get the feeling that the detective isn’t letting on all that he knows? With Hawthorne ever-cryptic and increasingly critical of Horowitz’s work, the conclusion of the book that Anthony is writing – and the mystery they are meant to be solving – prove more elusive than he ever could have imagined.

Liz Dennis manages the translation rights for The Word is Murder

Just go in blind, and wait for the surprises.

One of the best and most compulsively readable mysteries of the year.

A perfect detective novel in a unique style complete with an excellent twist!

Life Has a Funny Way of Sneaking Up On You

A very clever and inventive mystery.

The Word Is Murder will undoubtedly exhilarate not only crime and Horowitz fans, but anyone who enjoys the sense of metafiction and fourth wall breaking found in books by authors like Lemony Snicket, Bret Easton Ellis, and Martin Amis amongst others.

Though the impatient, tightfisted, homophobic lead detective is impossible to love, the mind-boggling plot triumphs over its characters.

Actually, the word is not murder, it’s ingenious. 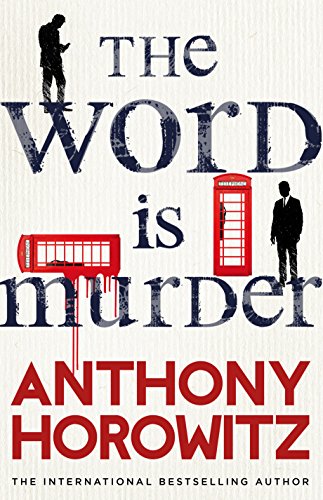