On February 2013, a 600-year-old tradition was shattered: Pope Benedict XVI, former protector of doctrine and loyal heir of the long-suffering John Paul the Great, made a startling announcement. He would resign, taking the title “Pope Emeritus,” due to his advanced age.

Within weeks of this momentous event, the great doors of the Sistine Chapel in the Vatican were sealed and the Cardinals, drawn into conclave for the second time in less than a decade, were asked to choose a new spiritual leader for the church's 1.28 billion followers. When the doors opened again a few days later, the charismatic Argentinian, Jorge Bergoglio, who would take the name Francis, had been elected.

You have to go back to 1294, to Celestine V, to find a pope who decided, of his own volition to step down. So why did Benedict, the most traditional pope of the modern era, do the most untraditional thing imaginable? And how could this protector of the faith and guardian of doctrine even contemplate doing so when, in all likelihood, he would be surrendering the Chair Of St Peter to the radical Jorge Bergoglio, a man so different from him, in character and views?

This book tells the tale of an odd couple, of two very different men whose destinies converge and profoundly influence each other. The Pope is a humane, funny, poignant and sympathetic, but unflinching work of narrative nonfiction for a mass readership.

This book will be a stand-alone narrative non-fiction companion to the up-and-coming Netflix major motion picture (due for release by spring 2019).

The audio rights are handled by Jennifer Joel.

Jake Smith-Bosanquet manages the translation rights for The Pope 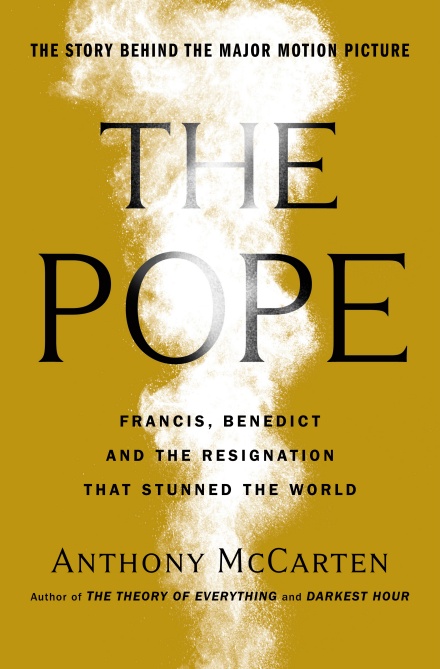