In the past year, our narrator has enjoyed unexpected literary success, has been diagnosed with a serious heart condition, and has been asked by his best friend to help her conceive a child, despite his dating a rising star in the visual arts - all of this in a New York of increasingly frequent super-storms and political unrest. Crackling with originality, humour, and intelligence, Ben Lerner's new novel makes surprising and hilarious connections between the real and the imagined, the Occupy movement and masculinity, the death of an octopus and the possibility of collective consciousness, the paralysing awareness of mortality and the mind-expanding magnificence of the Manhattan skyline.

A deeply compelling story of male anxiety and vulnerability.

Mr. Lerner is among the most interesting young American novelists at present

Frequently brilliant . . . Lerner writes with a poet's attention to language.

10:04 is a near-perfect piece of literature, affirmative of both life and art, written with the full force of Lerner's intellectual, aesthetic, and empathetic powers, which are as considerable as they are vitalizing.

[Lerner's] concerns wrap around the modern moment with terrifying rightness . . . 10:04 describes what it feels like to be alive. 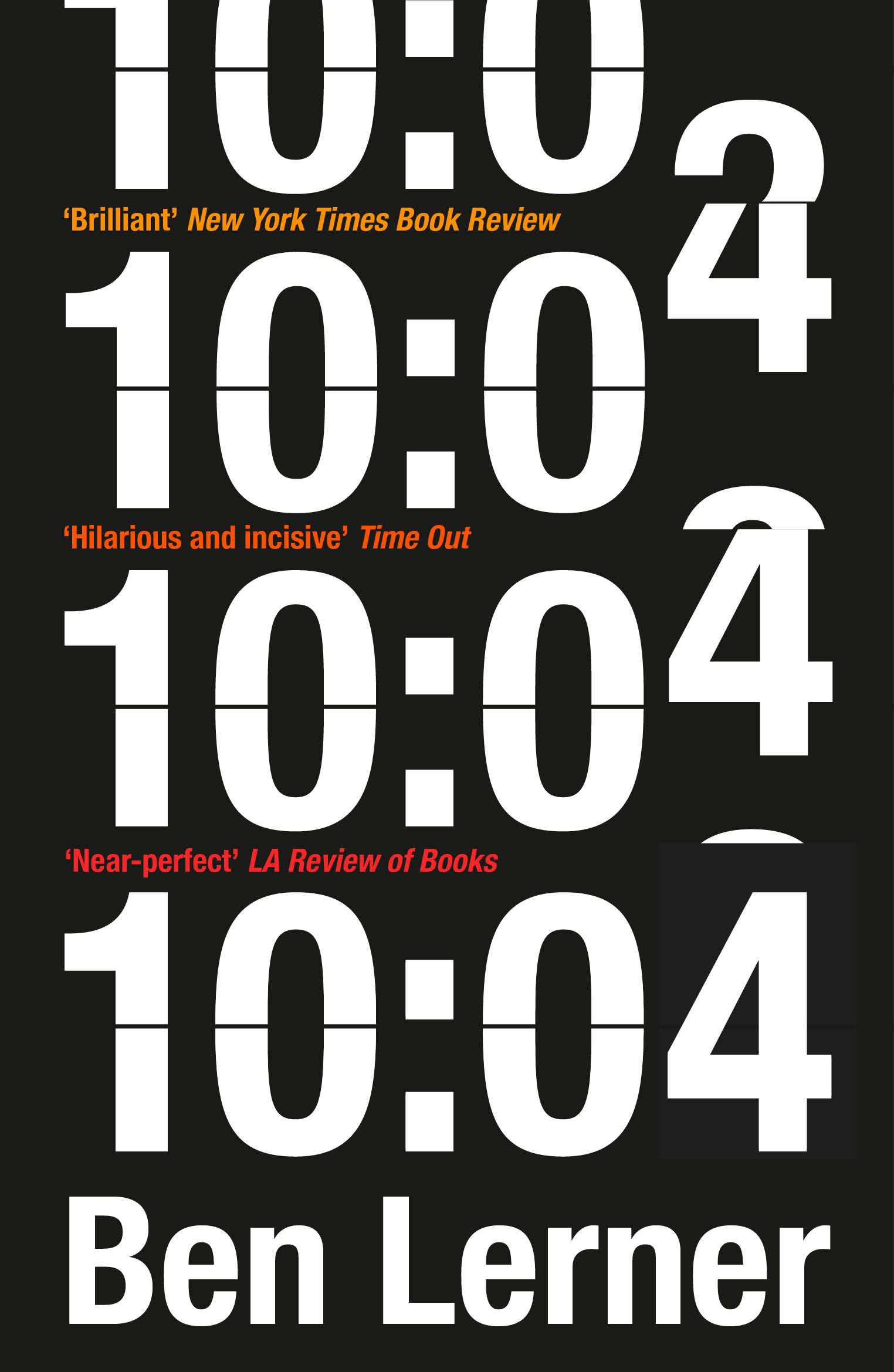