‘Preventing Armageddon’ explored recent developments in technological defences against natural disasters such as hurricanes and asteroids, for the use of governments and scientists who have until been powerless in their wake. Bill investigated whether science will eventually be able to accurately predict natural disasters and indeed prevent them.

‘Glacier Meltdown’ separated the fact from fiction concerning the pressing issue of climate change and rising water levels, while ‘Super Volcano’ hazarded to explore what could happen if the volcano beneath Yellowstone Park erupted, given that when a super volcano explodes, with a force one million times bigger than Hiroshima.
Media
Reviews
A super-volcano is 12 times more likely than a large meteorite impact. There is a 0.15% probability that one will happen in your lifetime. Bill McGuire
Guardian 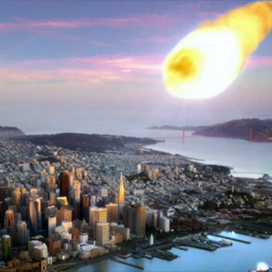