Supervolcano: The Truth About Yellowstone

The two part documentary uncovered the science behind the drama Supervolcano and highlighted the very real danger presented by the giant volcano that simmers beneath Yellowstone National Park in America.

Expert scientists and geologists revealed the cutting-edge research that informed the drama while also demonstrating the weighty task of monitoring volcanic activity that could foretell an eruption of apocalyptic force. From studying the ash fall from Yellowstone’s three previous super-eruptions, scientists believe the next one could unleash 1,000 cubic kilometres of ash – 1,000 times more than the eruption of Mt St Helens.

Media
Reviews
A super eruption is the world’s biggest bang. It is a volcanic explosion big enough to dwarf all others and with a reach great enough to effect everyone on the Planet. Bill McGuire
BBC 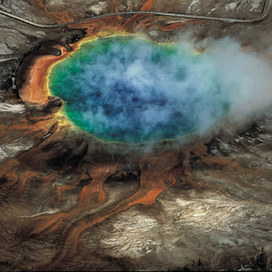