What do earthquakes, magma, asteroid 1950DA, and global warming have in common? Not only are they are all natural disasters already under way, but they are ones scientists are now working to predict and prevent. Bill McGuire guides us through the latest approaches being explored to protect the planet, and argues we can make a genuine bid to get through what nature throws at us - providing we take the risks seriously. - ;The Asian tsunami of Christmas 2004 killed more than a quarter of a million people and shattered the lives of many more. The ruthless indifference of the forces of nature to our fragile existence on the surface of the planet could not have been more shockingly demonstrated, nor the sheer scale of their power more tragically displayed.

Massive earthquakes and super-eruptions, collision with vast boulders from space, the insidious, potentially catastrophic dangers of global warming: what can mere humans do against these natural hazards, which have devastated life on Earth in the past and could do so again? Are there real alternatives to simply awaiting our doom? Bill McGuire believes there are. Following on from A Guide to The End of the World, in which he presented a frightening vision of the hazards that face us, 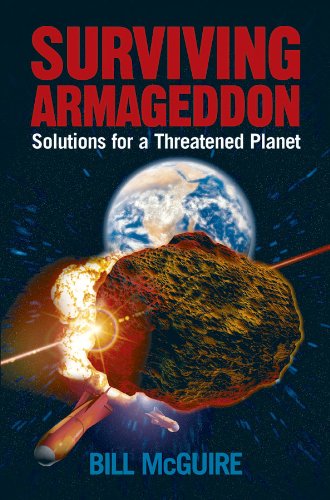