The film charts the tremendous highs and lows of the rock and roll lifestyle of a man battling with his own physical limitations. Bill plays Baxter, a boy forced to grow up in the shadow of his father's extraordinary routine which brings its own consequences, both good and bad.
Media 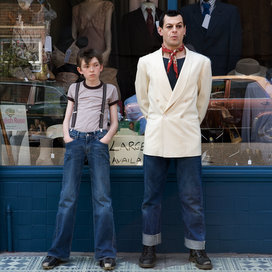