Life in the West

World → The Friday Project
The first book in the acclaimed Squire Quartet.

Thomas C. Squire, popular presenter of television documentaries, one time secret agent, a hedonist whose worldly success and self-confidence overshadow the lives of his family and friends, faces a mid-life crisis which undermines the stability of his ancient house. This brilliant and sometimes violent novel moves from England to Sicily, Singapore and Jugoslavia.

Brian says: ‘A complex and argumentative drama built about the axes of Thomas Squire’s attendance at an imaginary contemporary ARTS symposium in Sicily, his extramarital and marital relationships, and his past as a secret agent in Jugoslavia, a land caught between East and West. Includes several humorous portraits of national types.’

First published in 1980 and unavailable for some time.
Rights

Melissa Pimentel manages the translation rights for Life in the West 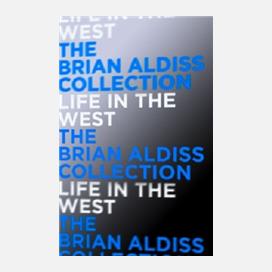