'Magic is the first sin, we must bear it silently' - Rule Number One, The Book of the Binders.

Anna is a witch who is not allowed to cast spells. Living in modern-day London with her controlling Aunt, she has one year left until she must become a Binder, her magic bound forever. That is, until Effie and Attis join her school. Luring Anna into a coven they unleash magical chaos throughout the corridors and plunge her into London’s fantastical underbelly. But when Anna’s magic begins to reveal the symbol of a curse she is forced to unravel the secrets of her past and the truth about her parents’ violent death. Torn between her Aunt and magic, Effie and Attis, lies and the truth, Anna soon finds herself and her heart utterly tangled, yet time is running out.

The first of four books in the series, Threadneedle is addictively fun and yet compellingly dark.

The magic both gleams and threatens. There are riddles and puzzles to be solved and there’s a library - trust me, it’s a good one. You’ll want to give this a try.

An enthralling and original fantasy, woven inside a magical web of lies

A bewitching tale of magic, family secrets and twisted affections, of finding your true self in a world of treacherous mystery. Prepare to be charmed!

In this beautiful coming-of-age book, Thomas tackles big issues, family secrets and heartbreak in a brilliantly imagined, yet authentic world.

Threadneedle had me spellbound - a luminous, captivating fantasy that left me longing to return to Thomas’s vividly imagined magical world. With teen witches, hidden libraries, secrets and lies, it’s a dream of a book, and I loved it.

Katie Lowe, author of The Furies

There’s magic in every nook and cranny – as well as shops selling memories – in this fantastical novel that stalks the streets of London’s underbelly. 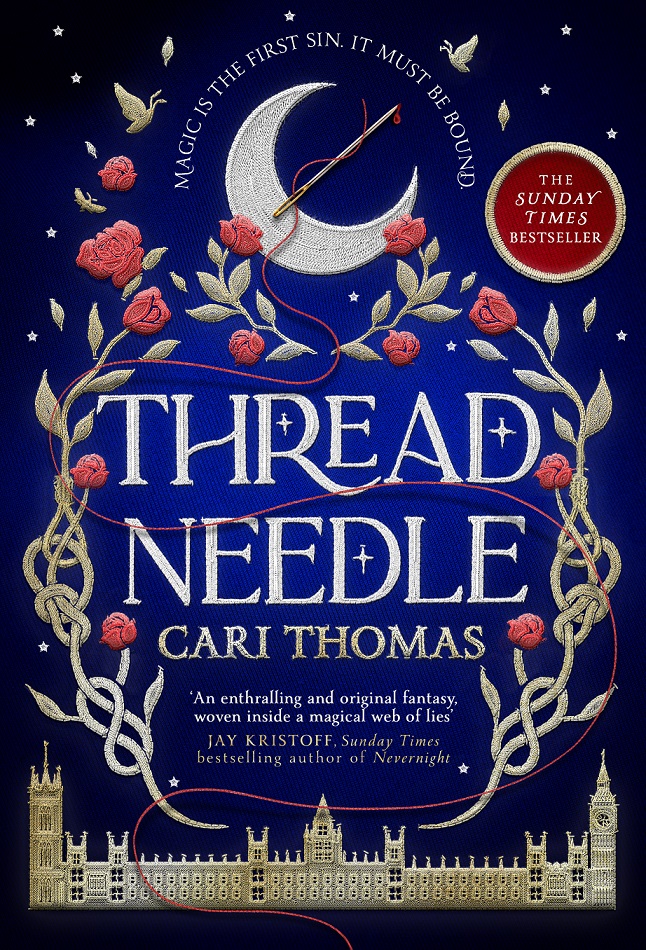