View PDF
film
( Feature )
Producer Mark Boothe & Ruth Caleb Director Saul Dibb Starring
Distributor Image Entertainment Production Company BBC Films & Shine Productions
Bullet Boy tells the story of two brothers growing up in one of London's most volatile neighbourhoods, where a minor street clash escalates into a cycle of violence that has tragic repercussions. A powerful and moving tale of young men on the edge, it reflects an emerging modern reality within Britain's inner cities.
The film explores themes of friendship, rivalry and revenge amid a generation of boys to whom guns have become a fact of life. When 18 year old Ricky is released from a Youth Offenders Institute he desperately wants to avoid falling back into his criminal past. However, his claustrophobic world and the huge pressure to conform proves inescapable. Ricky almost immediately gets caught up in a road rage incident involving his best friend, Wisdom, and a local rival - all for the sake of a broken wing-mirror.
This minor confrontation quickly develops into a series of tit for tat reprisals that spiral out of control. Ricky's 12 year old brother Curtis is battling his own pressures and is caught between this world and his mum Beverley's competing aspirations for him. Ricky is at a turning point - his mum and girlfriend Shea are struggling to help him stay out of trouble but he owes a debt of allegiance to Wisdom who has already crossed that line. It seems inevitable Ricky will be dragged down with him, but it's also only a matter of time before Curtis - in thrall to the allure of his older brother - will be drawn in too.
Media 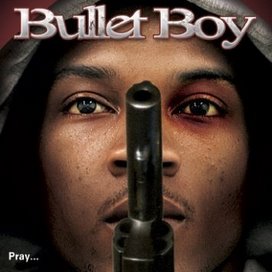