16mm, 10 minute short distributed by Future Shorts. Four characters, a drag queen, a city boy, a lad, and a loner are all uttering falsehoods, inflated fibs, and tragic untruths. Nobody knows who's telling the truth because every one is a LIAR. 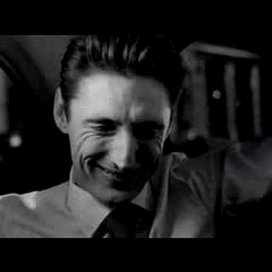