Winner of the 2020 PEN/Faulkner Award for Fiction

One autumn afternoon in Mexico City, 17 year-old Luisa does not return home from school. Instead, she boards a bus to the Pacific coast with Tomás, a boy she barely knows. He seems to represent everything her life is lacking—recklessness, impulse, independence.

Tomás may also help Luisa fulfil an unusual obsession: she wants to track down a traveling troupe of Ukrainian dwarfs. According to newspaper reports, the dwarfs recently escaped a Soviet circus touring Mexico. The imagined fates of these performers fill Luisa’s surreal dreams as she settles in a beach community in Oaxaca. Surrounded by hippies, nudists, beach combers and eccentric storytellers, Luisa searches for someone, anyone, who will “promise, no matter what, to remain a mystery.” It is a quest more easily envisioned than accomplished. As she wanders the shoreline and visits the local bar, Luisa begins to disappear dangerously into the lives of strangers on the “Beach of the Dead.”

Meanwhile, her father has set out to find his missing daughter. A mesmeric portrait of transgression and disenchantment unfolds. Pulsing to the soundtrack of Joy Division, Nick Cave, and Siouxsie and the Banshees, Sea Monsters offers an intoxicating portrait of Mexico in the late 1980s, a place of blinding sunlight and relentless rains, by a celebrated Mexican-American writer whose work has already been compared by critics to Walter Benjamin and W.G. Sebald. This is a brilliantly playful and supple novel about the moments and mysteries that shape us.

The novel's brilliance lies in capturing so convincingly that state of adolescent recklessness.

I love the way Chloe Aridjis creates her own worlds in prose, and I especially love how Sea Monsters has invented the world of adolescence and its reveries: violent and tender, logical and dreamlike – a twenty-first century essay disguised as a nineteenth-century fable.

Sea Monsters is a searingly hypnotic work, a dazzling tale of enchantment and disenchantment that unfolds in Mexico City and Oaxaca in the late 1980s.

What makes Aridjis’s Sea Monsters so fantastic is the combination of mythical and historical traits that entwine throughout the book. I was transported to a beach I have never seen, while at the same time back to my youth, when time seemed infinite and my desire to be an adult was omnipresent.

Ethereal and ruminative . . . Brilliant in her ability to get inside the head of her young narrator, Aridjis skillfully renders a slightly zonked-out atmosphere of mystery and the mind of a young romantic, resulting in a strange and hypnotic novel.

Sea Monsters blazes forth in a fleeting flash of brilliance...Aridjis creates images of surpassing beauty and even whole paragraphs that more closely resemble prose poems.

Following the journey of 17-year-old Luisa, who impulsively leaves her home in Mexico City on a bus bound for Oaxaca, as she seeks out a troupe of Ukrainian dwarfs from a traveling Soviet circus, Sea Monsters explores questions surrounding young adulthood and enchantment, disillusionment and reinvention, and it’s not to be missed.

Sea Monsters is a mesmerizing, revelatory novel, smart and funny and laced with a strangeness that is never facile but serves as a profound and poetic tool for navigating our shared world. Chloe Aridjis is the rare writer who reinvents herself in each book; she is, for my money, one of the most brilliant novelists working in English today.

Garth Greenwell
Author of What Belongs with You

Sea Monsters is a smart and playful novel about Luisa, a 17-year-old in Mexico in the late ‘80s. Follow along as she searches for a traveling group of Ukrainian dwarfs who escaped a touring Soviet circus and the people she meets along the way.

A dreamy, fantastical novel packed with lush description as Luisa recounts her first encounters with the darkly enrapturing Tomás, interchanged with scenes of her new life on the beach, where she becomes increasingly intertwined with others’ lives.

Guggenheim Fellow Chloe Aridjis’ new novel paints a hallucinatory picture of 1980s Mexico . . . Suffice it to say, I can't wait to get my hands on it.

A dreamy, wandering tale of teenage ennui and searching, and the pull of the sea . . . Aridjis's sentences are luminescent and imagistic . . . A lovely, surreal novel.

Hypnotic, vaguely dreamlike and darkly atmospheric, the book speaks to the power of imagination and the call of adolescent tragedy, with a European-flavored Malincolnic breath.

The narrator has a strange, sharp brain, roiling with classical references, and her judgments give the book an intellectual rigor that is somehow not at odds with its dreamy lethargy . . . Aridjis is deft at conjuring the teenage swooniness that apprehends meaning below every surface.

Aridjis is an accomplished wordsmith, and readers will find themselves rereading many passages in this wise, marvelous novel.

A surreal, captivating tale about the power of a youthful imagination, the lure of teenage transgression, and its inevitable disappointments... Aridjis allows her narrative to swell and recede like the sea, along with Luisa’s capacious imagination.

Aridjis's coming-of-age novel is rich in atmosphere, and there's an undeniable charm to its dreamlike narrative.

The prose is mesmerising with strange and beautiful observations.

The novel’s strength lies in its ability to turn to the next magic trick, the next detail, the next sight. Those sights are all the more impressive when conjured solely from language. By opting out of fiction’s conventional prioritization of plot or character development, Aridjis foregrounds her ability to develop images and metaphors. The result is seductive in its multiplicity. Mallarmé would be proud.

The sounds of growing up in Mexico City in the 80s weaves through the book. The writing smells of hormones, and angst and sweet becoming. It's charming.

Chloe Aridjis's [books] count among the more interesting fiction of the past decade. You read her more for atmosphere than plot; her eccentrically detailed style holds out the promise of a big-picture coming together in a perpetual tease that leaves your expectations rewired or just frustrated.

The novel poses far more questions than it answers, and it does so accurately and beautifully. 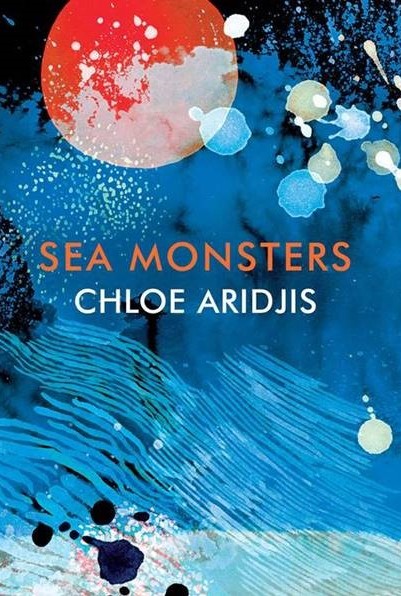