A Child's Christmases in Wales

Producer Juliet Charlesworth Writer Mark Watson Starring
Production Company Boomerang
Broadcaster BBC4
One-off period comedy, peeping into the lives of a south Wales family's Christmases across the 1980s, written by comedian Mark Watson and inspired by a Dylan Thomas short story. Christmas in this household may be a less than poetic affair, but it is just as eventful. So much changes across a decade in any family, and yet so much manages to remain the same. 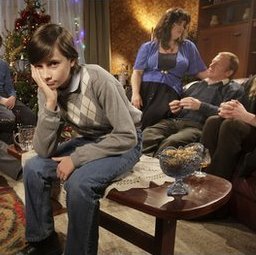