Ben Miller and Alexander Armstrong star as Felix and Murdo in a new C4 sitcom, directed by Christine Gernon and written by Simon Nye.

Set in the year the Olympics first came to London…1908, Felix and Murdo is a sitcom about a couple of Edwardian lads about town. They’re just like lads in 2011, except all the best drugs are still legal.

Join them as they indulge in a bender of drink, drugs and sex, whilst simultaneously competing in the Olympics with no training whatsoever.
Media 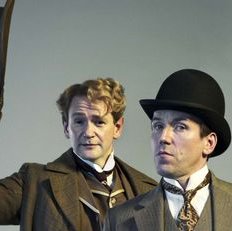