Carl Streator is a reporter investigating Sudden Infant Death Syndrome for a soft-news feature. After responding to several calls with paramedics, he notices that all the dead children were read the same poem from the same library book the night before they died. It's a 'culling song' - an ancient African spell for euthanizing sick or old people. Researching it, he meets a woman who killed her own child with it accidentally. He himself accidentally killed his own wife and child with the same poem twenty years earlier.

Together, the man and the woman must find and destroy all copies of this book, and try not to kill every rude sonofabitch that gets in their way. Lullaby is a comedy/drama/tragedy. In that order. 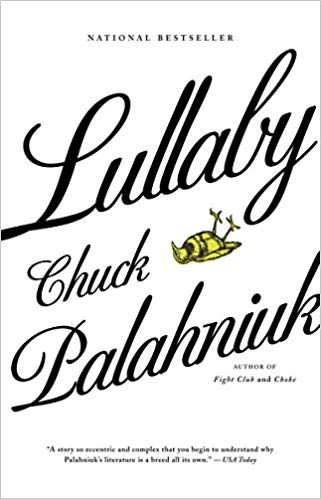