View PDF
tv
Role Jim Keats (Series Lead)
Director David Drury
Production Company BBC
Daniel joined the cast of the hit BBC drama as Discipline and Complaints Officer Jim Keats, who arrives to investigate the shooting of Alex Drake and whether DI Gene Hunt is fit to continue running the department. His arrival will unsettle the team dynamic in a key role which will tie up the storylines of both Life on Mars and Ashes to Ashes.
Media 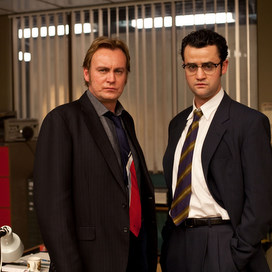