View PDF
film
Role Eddie
Director Nigel Cole
Production Company Number 9 Films
Based on real life events, Made In Dagenham follows a group of sewing machinists at the Dagenham Ford Car Factory in the 1968 who strike in order to campaign for equal pay with the male employees. Led by Rita O’Grady (Sally Hawkins), their actions led historically to the Equal Pay Act of 1970.

Daniel Mays plays the role of Eddie O’Grady, Rita’s husband, who supports her and suffers in equal measure when the effects of the women’s strike means that the men are also forced out of work for a length of time.
Media
Reviews
Daniel Mays is engaging as Rita’s supportive but rather old-fashioned husband. Mark Adams
Screen Daily 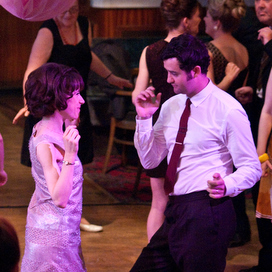