"Public Enemies looks at the criminal justice system from the points of view of the 'offender' and the 'gatekeeper,'" according to Marchant. "It's about disgraced individuals trying to reclaim their lives and their reputations. It's also a forbidden love story.
Media
Reviews
However the action pans out, Mays's performance alone makes this a drama worth seeing through to the end. Sam Wollaston
The Guardian
Haunting and affecting, with a particularly compelling performance from Mays as the vulnerable but angry Eddie. Terry Ramsey
The Telegraph 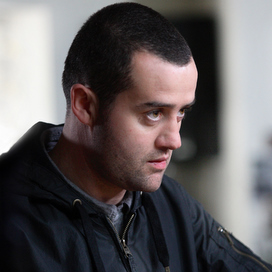