WINNER OF THE BETTY TRASK PRIZE 2017

At the heart of this tense and at times darkly comic novel is the relationship between two brothers bound by a terrible crime. Paul and Mikey are on the run, apparently from the press surrounding their house after Mikey’s release from prison. His crime child murder, committed when he was a boy. As they travel, they move from one disturbing scenario to the next, eventually involving themselves with a bizarre religious cult. The power between the brothers begins to shift, and we realise there is more to their history than Paul has allowed us to know.

Daniel Shand dares to make his debut, Fallow, both close to home and fantastical. Dark fantasy at that; a squid-ink black road trip through a surreal but recognisable Scotland. It is brave and nasty, occasionally and uncomfortably funny, always eminently readable . . . This is a thrilling work, unafraid to delve into the mind's dark corners yet measured in how this is carried out; devoid of garish exploitation . . . This should herald an exciting new name in Scottish literature, one who has the reader’s experience clearly in mind and is willing to thrill and disgust in equal measure.

The real interest of the novel lies elsewhere, and is of high quality. The shifting relationship between the brothers is deftly and intelligently explored and developed . . . Daniel Shand is a young writer, still in his twenties. I’m pretty sure he won’t be a one-book novelist. He will do better than this, but this is a very good beginning.

Daniel Shand’s debut is a brilliant, unpredictable road novel, curdled through with a unique descriptive lyricism. My Book of the Year...

There are grim portents of disaster from the very beginning, and we can only look on in horror as Paul’s skewed judgement gets them deeper and deeper into it, despite his belief that he’s the sensible one of the pair. Fallow is a tense and suspenseful road trip to damnation which, although it takes an unexpected turn involving a religious cult, doesn’t loosen its grip for the entire duration. Talented Scottish crime writers have been emerging all over the place in recent years, and the Kirkcaldy-born Shand is a welcome addition.

I'm a sucker for a well-handled unreliable narrator - and this is the best one I’ve read in a while. Bleak; funny; alarming; sad; it works on so many levels, managing to be at the same time a road trip through Scotland, a modern Biblical parable and a tense psychological thriller with echoes of Iain Banks and Cormac McCarthy. The narrative voice is distinctive without resorting to caricature, the undercurrent of violence never seems gratuitous, and the payoff is perfectly-handled and nicely, darkly unsettling. More literary than most in the genre, and yet as compelling as they come, this is one for everyone who likes their main course of words to come with a generous side of story. 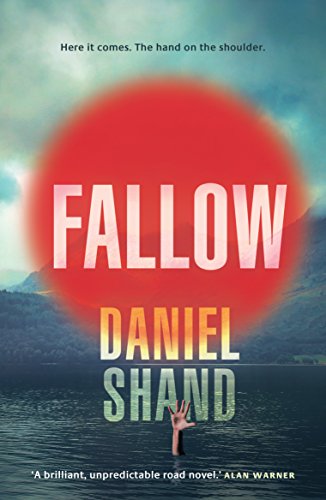