View PDF
tv
Role Uncle Max
Director Phil Trail
Production Company Little Bird
A children's television programme originally shown on CITV before crossing to CBBC. It features David Schneider as the title character, Uncle Max, and William Howe as Luke, Max's nine year-old nephew, although in the second series Jonathon Hanly took over from William. The show is very similar in style to Mr. Bean, with the basic premise being that Uncle Max is incapable of embarking on any adventure without upsetting another individual or group of individuals in some shape or form.
Media 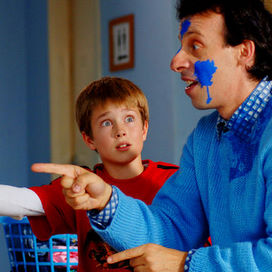